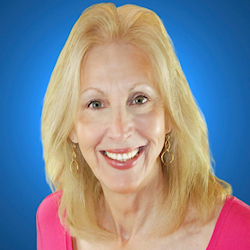 Donna Blevins is a professional poker player, speaker, author and coach. New to poker in 1998, she became a poker journalist with Poker Digest and her column “Beginner’s Corner” for 5 years. She has been passionately involved with the poker industry ever since.

Donna first started teaching poker with Poker School Online. She was one of the four speakers in their first LIVE conference in Tunica, Mississippi, in the early 2000’s.
As media, she was involved with the formation of the Tournament Director’s Association in 2002. She was appointed as the Director of Public Relations for TDA in 2013.

In 2007, Donna finished in the top 4 women out of 6,400 players in the WSOP® Main Event Championship and swiftly became a sought after poker coach. Her coaching clients eventually told her she was “more than simply a poker coach.” Since her coaching had dramatic positive impact on their game and in their life, her clients upgraded her title to “Poker MindSet Coach.”

At 6’5” tall and referred to as “The Big Girl of Poker,” Donna launched her blog BigGirlPoker.com in 2009. Her reach expanded globally in 2013 with her podcast, Big Girl Poker Chat, when it was approved and picked up by iTunes.

Donna gives back. She is Board member of the nonprofit United World Healing and the Florida State Director for Poker Players Alliance.

A life-student committed to the philosophy “Regardless of your age now is always the time to learn,” she went back to school at the age of 58 for her Doctorate. Since then, she’s earned her master’s in Metaphysics.

She is currently doing her poker therapy program for U.S. Veterans with traumatic brain injury and those with spinal cord injury.

Donna Blevins is at the leading edge of combining the nuts and bolts of poker and game theory with the power of the mind. She developed a series of MindShift™ Exercises that enable you to shift your mindset at a moment’s notice.