Players from all over the country flocked to Horseshoe Casino in Tunica, Mississippi for the inaugural SPT tournament series. For some, it was a reunion of sorts. For others, it was the first time playing in an arena of their peers. But for all, it was a great time of poker, camaraderie and success.

The series consisted of 15 events over five days in the beautiful newly remodeled Horseshoe Casino poker room. The room features wallpaper with photos from past World Series of Poker events, table side food service and electrical outlets at every player’s seat around the table.

Members of Team SPT, Tom McEvoy, Dennis Phillips, Marsha Waggoner, Susie Isaacs and Mark Kroon all did very well in the series. All of them had at least one cash and both Tom and Mark won in different events. 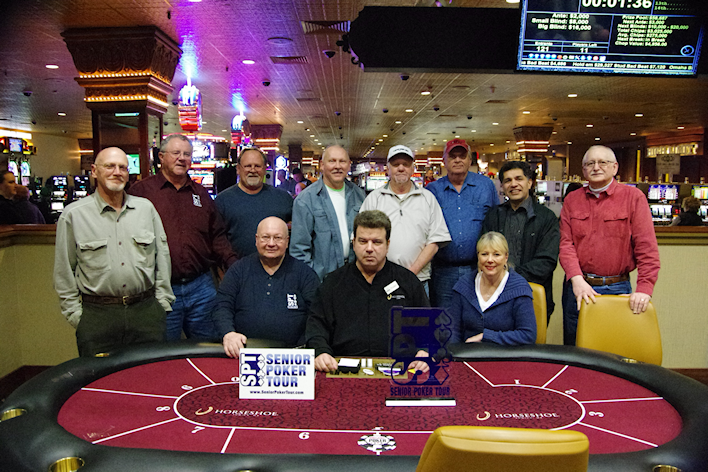 After a long day of poker, our victor was Glen Biddle of Centerville, AR with a prize win of $16,432 and a WSOPC Main Event Seat for the upcoming WSOPC at Harrah’s later this month. 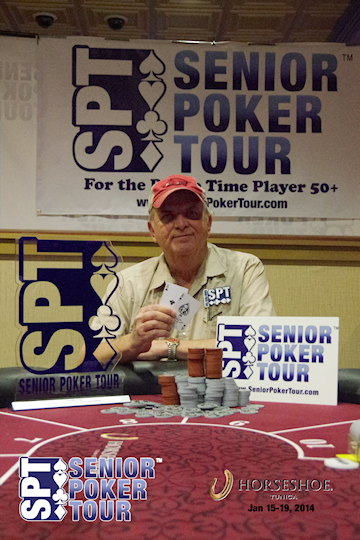 Congratulations to Glen Biddle of Centerville, AR who is our Inaugural SPT Main Event Champion!

We look forward to our upcoming events in a location near you!