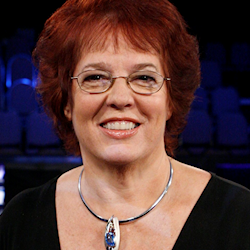 In 2011, Linda was inducted in the Poker Hall of Fame. Only two women currently hold the honor and we’re proud to have her on our team.

The former publisher of Card Player magazine, Johnson is the current World Poker Tour announcer, a Card Player author, and a well-respected player. She won a World Series of Poker bracelet in 1997 in the $1,500 seven-card Razz event.

When not working with the WPT, Johnson is the organizer of Card Player Cruises, the host of several “at sea” poker tournaments.

She was a co-founder of the World Poker Industry Conference, the World Poker Players Conference, and the Tournament Directors Association. She was the original chairperson for the Poker Players Alliance and still serves on its board of directors. Today, Linda teaches for the WPT Boot Camp and hosts charity events and seminars in card rooms around the world. Known as “The First Lady of Poker,” Johnson has been worthy ambassador to the game over the years.