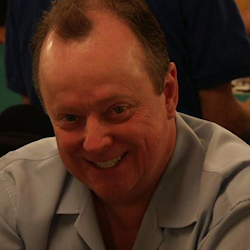 Robert Turner is a legendary poker player and casino marketing expert. Robert is most well- known for introducing the game of Omaha poker to Nevada in 1982 and to California in 1986. He created Legends of Poker for the Bicycle Casino and the National Championship of Poker for Hollywood Park Casino both in 1995. He also helped create Live at the Bike, the first live gaming site broadcast on the Internet in 2002.

In the year 2000, he created World Team Poker, the first professional league for poker. He has spent over 30 years in casino marketing and player development and has served as an executive host at the Bicycle Casino and MGM. He is currently working with his new companies Crown Digital Games developing mobile apps and Vision Poker, a poker marketing and managing group.