The Duke of Fremont Street 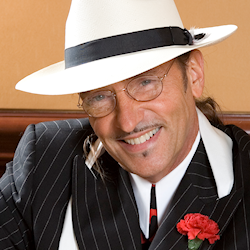 Who is The Duke Of Fremont Street?

The Duke Of Fremont Street is known for many diverse things. The Duke is known as a No-Limit Texas Held-Em player, a Las Vegas treasure hunter, a World traveler and adventurer, a survivor, and a philanthropist to name but a few and he’s considered to be a very quintessential “Old Vegas” character. An Ambassador, if you will, of a Golden bi-gone Era, an Era of glamour, romance and adventure.

The Duke was born Ronald Lloyd Wall on December 8th, 1950 on the Mississippi River in the town of Cape Girardeau, Missouri. As far back as he can recall The Duke played poker on the riverboats and in the back alley card games along the river. As a Mississippi Riverboat gambler the Duke honed his poker and survival skills which has helped him overcome the many adversities he’s experienced throughout his colorful life and poker career. Many years ago The Duke visited Las Vegas for the first time and immediately fell in love with the “Mecca” of all poker. He knew then this would be his future home. Although he left his “Old South” Mississippi riverboat gambler life behind The Duke managed to bring his “Southern Gentleman” charm and demeanor along with him to his new Las Vegas home. Since then his escapades and treasure hunting have taken him all over the World. He’s trekked 6 of the 7 continents but has yet to find a place on the globe that suits him better than his “beloved” Las Vegas. For most others the bucket list would already be completed but for The Duke he has yet to reach his stride. For The Duke Of Fremont Street “The Adventure Continues!”