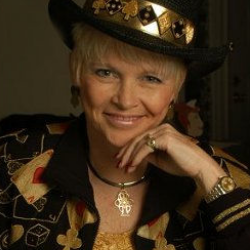 Susie Isaacs is best known for being the first woman to win the World Series of Poker ladies championship back-to-back in 1996 and 1997. In 1998, she placed 10th in the World Series of Poker $10,000 event vying for the one million dollar first prize. In 2006, she placed in the top 5% of that event, only this time she was vying for a top prize of 12 million! Isaacs became the second woman in history to accomplish such an outstanding finish.

She is a professional tournament poker player who has won various titles and placed in the money numerous times over the past 15 years. She won the first Queen of Hearts Poker Tournament on Valentines Day in 1994, at the Bicycle Casino in Los Angeles. She won the Best-All-Round award at the Ladies Crystal Open in Reno. She holds the record for most times in the money at the World Series of Poker ladies event.